After the chaos that occurred with the World Pandemia of 2020 everything has been uncertain, since many businesses were affected, since some face-to-face events remain necessary. Within all this, the E3 entered, which was canceled in that year, and also in this 2022 for the sadness of many it will return to be absent among the players.

In spite of everything, there are certain very anticipated celebrations such as the Summer Game Fest, the PlayStation and Bethesda Showcase, State of Play, among other shows that will give news of the industry. So, if you don't know very well what the dates and schedules are, do not worry, since we have listed them so that you do not miss any conference.

-Upload VR Showcase: June 9 (there is no confirmed schedule) 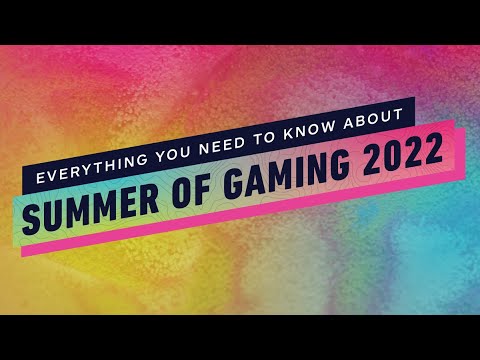 It may be that many people are somewhat discouraged with the absence of E3 , but apparently in the previous list, there will be a lot of content for almost all types of audiences in the video game industry. In addition, Nintendo may announce a new direct in a short time, one that matches two days after the presentation of Microsoft itself.

Editor's note : In spite of everything, it will be worth taking a look at all the ads that have prepared us. Remember that coverage will be available in Mexico without any inconvenience.