In the endgame Bonnet World, the two PVP modes of wars and outpost tower play an important role above all. We from Mango introduce you two strong DD builds, with which you have fun in these two modes and at the same time can get a lot of kills.

What are that for builds? The two builds pure their focus on the damage. They are particularly suitable for instantiated bulk battles such as the wars and the outpost tower, but can also be used in the open world for duels.

Anyone looking for strong duel builds or a useful healing build for the PVP, which will find in this guide: 3 strong PVP builds that you should definitely try. If you prefer to travel in the EVE, finds 3 strong Peel and Level Builds for New World. For fans of Dungeons we have first builds here: the best builds for tanks in expeditions.

Who speaks here? Alexander Latch is the MMORPG expert on Mango. In games like Guild Wars 2, Black Desert and ESO he feels at home. In New World, he has invested over 300 play hours in Alpha, Beta and the release version and has arrived at Level 60 for some time.

Since then reaching level 60 he is increasingly playing PVP and searching for the best builds.

Why is this combo played? Bad and strike ax are both scale with the attribute strength, which makes them a useful combo. In addition, you can use enemies with the ax and then add a lot of damage to them with the BELL.

The Bad also has the special feature that you will become invulnerable by the attribute Dog to death for 3 seconds, if you actually die. This allows you to conquer your enemy in good time, to sprint safe or heal your allies.

How do I distribute the attributes? You invest most points in strength. Other attribute points go the attribute constitution to give you more lifestyles in the PVP.

Which skills do I use at the Bad? At Bad, you primarily set to the Berserker tree and also uses all 3 active skills from it:

Berserker mode increases your causative damage, your movement speed, you can not be interrupted and also regenerates life points. That makes the weapon in the PVP, but also PV Every strong.

You use the wild rush to promote enemies that are not right on you. Tailing floods in turn ensures properly harm and then increases your speed of movement.

With onslaught, you can sprint on opponents. In turn, her opponent approaches that stand in front of you, and with the grinding stream, her opponent pulls around you to you. This is a lot and above all useful CC to turn off healers.

What does the equipment look like? Since you moved in close combat and also want strength on your PVP armor, we recommend the heavy 490s or 520 armor of your faction. Basically, you should pay attention to the attributes strength and constitution when you put armor.

Easy armor does not care because you will die too fast in the fighting hood.

What does the rotation of the skills look like? You open the fight with the war header, uses onslaught on the opponent and tries to land 3 light attacks to charge the stacks of passive effect greed. If the opponent dodges these attacks, you use Maelstrom to add it to you.

Remains on your opponent and takes advantage of light attacks until you see the perfect moment and the opponent no longer has endurance. Then draw him with gave to you and changes to the Bad.

There, her wild rush uses to immobilize the enemy and then berserkers and thunderous floods to get the maximum of damage. Again, it is also useful if you land 3 light attacks to increase your damage again.

Why is this combo played? The two magic weapons fire rod and ice lunches scales with the attribute intelligence and cause a lot of damage. However, with this special build, we do not focus on AOE damage, but targeted struggles in the 1V1 or the attempt to snip a specific enemy with a lot of damage.

The ice lunches are important especially for the defensive in melee and freezing of the opponents.

How do I distribute the attributes? In the attributes you focus on intelligence to strengthen the two weapons. In addition, we recommend 150 points in constitution to reduce incoming critical damage by 10%.

Which skills do I use at the fire rod? The fire rod uses you on both skill trees:

The fireball is your main damage in 1-counter-1 and the fire column is ideal for starting a fight as it causes additional damage to finery goals. In turn, there is a rather defensive ability that can damage good damage through the burn effect.

Which skills do I use with the ice lunches? 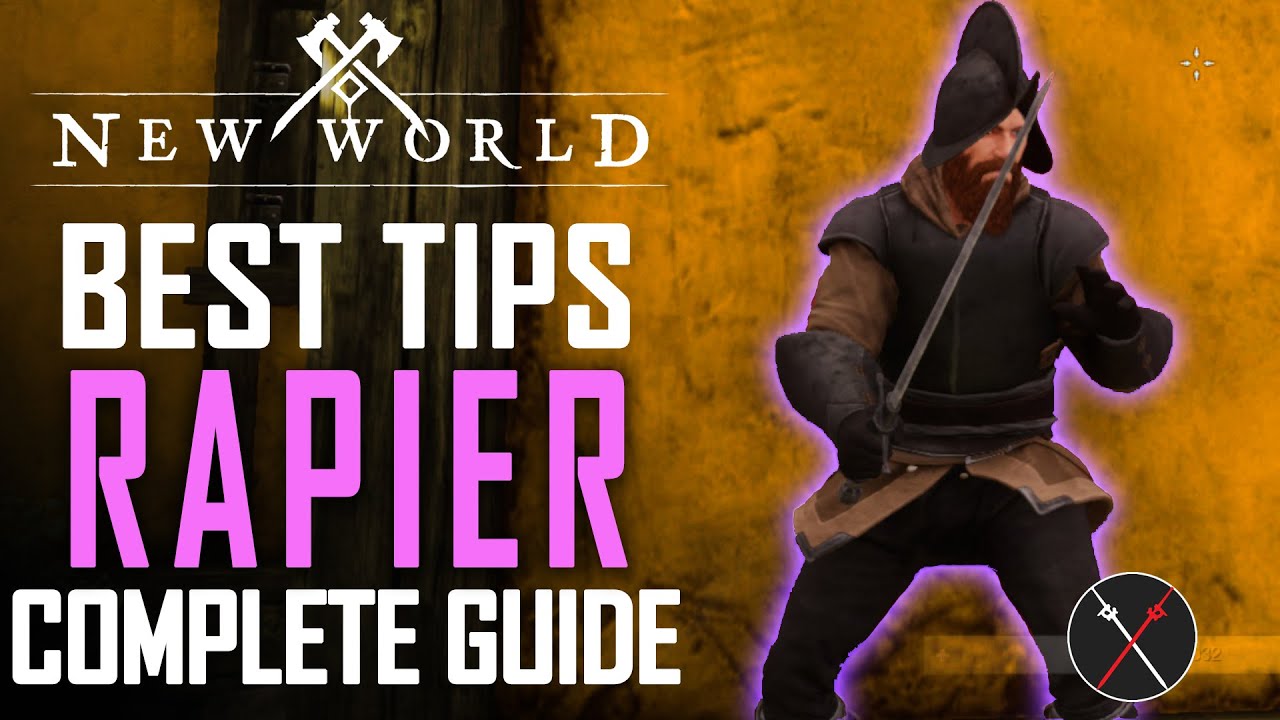 Ice storm and ice shower are ideal for inflicting AOE damage and to slow opponents at the same time. With Diagram you have a capability that makes you invulnerable when it gets close to the life points.

What does the equipment look like? Ideal for the PVP is the lightweight 490s or 520 armor in your faction dealer. This offers you the values ​​of intelligence and constitution, so that you can easily come to the right attributes.

Light equipment also brings a 10% damage buff, which you should definitely take away when you play this build.

What looks like the rotation of the skills? With a ranged duel, you especially use the fire rod and there is the fireball on Cooldown to cause as much harm as possible. In between, you use the fire column on your opponents. With heavy attacks, your MANA refills during the waiting time.

For big battles for conquest points you use the fireball and the ice storm and ice storm from the ice lunches.

Should it come to a melee-duel, its ice storm uses and a serious attack to freeze your enemy with the passive effect heavy frost. The ice storm around you also helps to put your opponent under pressure. With burnout, you also have a useful ability to make an escape role through the enemy and additionally harm.

Thanks to the light armor, you usually have better alternative options than every carcass.

What do you say about the two builds? And how do you play in the PVP? Write us in the comments.